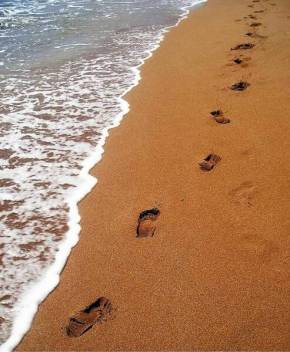 We’re going to take a little bit of a break from the Accountable to God study.  Instead today, check out this passage…

Paul must have had such mixed emotions about leaving Ephesus. He was passionate about following God’s leading to Jerusalem, and he was most likely proud of the growth he had seen in the Ephesian church, but at the same time must have been sad to leave them. He tells them he will not see them again on this side of eternity.

Paul gives them some warnings-
1. False Teachers are coming. There are people who want to use God’s Word and the gospel for their own self-promotion. He speaks of financial gain (gold, silver, apparel). (v.33)
2. Some other believer’s can lead us astray. (v.30)
3. He encourages them to stay in the word to be established. (v.32)
4. He encourages them to work so that they can give to those who have need. (v.35)

How can I apply this to my life?

A few questions come to mind:
1. When it’s time for my departure what will I leave behind?

Will I be able to leave knowing that the work of God will go on in people who have been established and can now discern what is false teaching, what is perverse talk, and who can feed themselves with the “word of his grace, which is able to build you up’?

It’s more important that people depend on the Lord and His Word and depend less on me.

Check out this video and song that describes this idea…

Greetings ABF and Student Ministry Leaders, Regathering and Regrouping Going Well It has been encouraging to being to see so many…

June 1, 2020 by Dwayne McCrary A listing of the free helps available to help you better prepare and teach an adult…