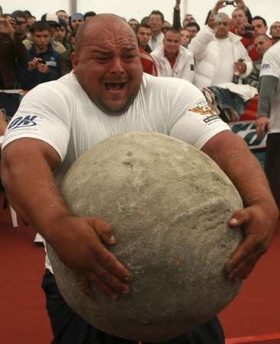 22 And the scribes which came down from Jerusalem said, He hath Beelzebub, and by the prince of the devils casteth he out devils.

23 And he called them unto him, and said unto them in parables, How can Satan cast out Satan?

24 And if a kingdom be divided against itself, that kingdom cannot stand.

25 And if a house be divided against itself, that house cannot stand.

26 And if Satan rise up against himself, and be divided, he cannot stand, but hath an end.

27 No man can enter into a strong man’s house, and spoil his goods, except he will first bind the strong man; and then he will spoil his house.

From yesterday’s passage, we see the same thing continuing to happen in Jesus’ ministry. He continues to heal people which bring in more people and causes the Pharisees to hate Him more and more. Now, Jesus’ main detractors, the Pharisees, try to turn people away from Jesus by telling them that He really is being used by Satan! Not only is this a lie, but blasphemy! Jesus rebukes them accordingly, too. He tells them that they crossed a big line from which they could not turn back. Before rebuking the Pharisees, Jesus first makes sure He shows how wrong their claim is. He tells them that if He was from Satan, why would he kick out demons from people? An army cannot go on killing it’s own people, after all!  In fact, Jesus takes the opportunity to show that the fact that He is casting out demons does not show that He is from the Devil, but stronger than the Devil! He tells them that if someone wants to rob a strong man (and the Devil is strong), He has to be stronger than the strong man to subdue Him, otherwise the strong man will beat him up. Jesus is saying that because He can cast out demons, Satan is weak compared to Christ.

For us, this passage is still very true today. First John 4:4 says, “greater is he that is in you, than he that is in the world.” The”He” in the world is Satan. The Devil is very real and very powerful, but we must remember that, compared to God, He is weak! Also, it is important to remember that Christ is also greater than any kind of sin or temptation we could face. Whatever comes at us through life, we have a God who has already beaten it. It does not matter what kind of struggle you have or had, God is greater than them and he has provided a way through Jesus Christ. Jesus, and the salvation that is from Him, can forgive our sins, give us the strength to forgive others, show us that we do not have to be guilty of what we did in the past, shows us that we are loved, and any number of other things! Whatever you face, Jesus has already beaten it, just like in His illustration with the strong man.

Life Step: Think about it…

Why did Jesus use the example of the strong man? What does it mean for us?

What kind of things do people struggle with that Jesus has already beaten?

One thought on “The Strong Man”

Luke Series- Session 15- The Tale of the Compassionate Father