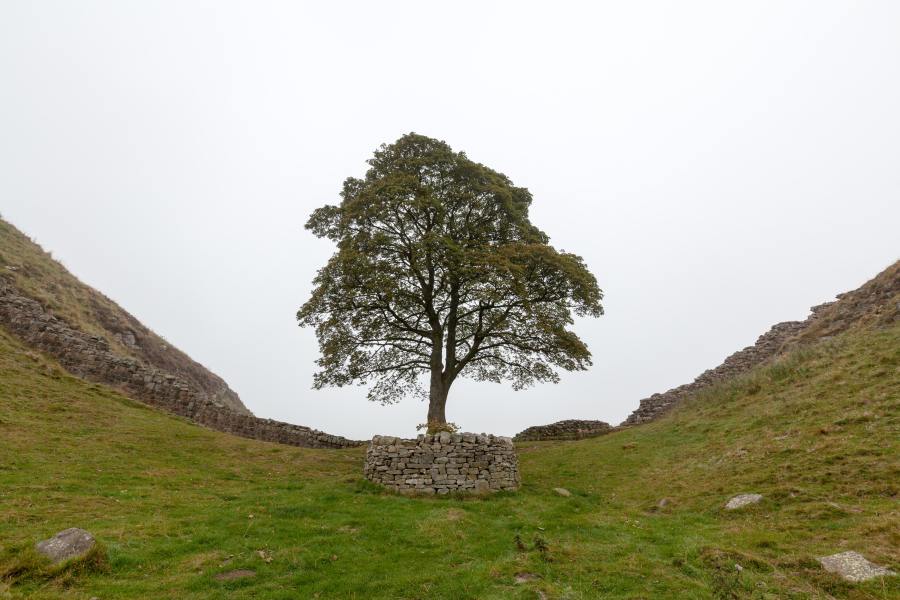 (1) And Jesus entered and passed through Jericho.  (2)  And, behold, there was a man named Zacchaeus, which was the chief among the publicans, and he was rich.  (3)  And he sought to see Jesus who he was; and could not for the press, because he was little of stature.  (4)  And he ran before, and climbed up into a sycomore tree to see him: for he was to pass that way.

Luke takes great care to arrange the story of the ministry of Jesus geographically.  He skips some of the stories that John talks about Jesus’s earlier Judean ministry and begins with his ministry in Galilee.  Jesus did spend a significant amount of time in Galilee.  As we get closer to His death, burial, and resurrection we see Jesus and His disciples coming toward Jerusalem, going from the north to the south towards Jerusalem. Here he is going through Jericho, which was northeast of Jerusalem.

In this text we are introduced to this man named Zacchaeus, and we are told several facts about him.

1. He was a “chief among the publicans”.
A publican was a tax collector.  These would have been people that with great cost would have received the permission to collect taxes on behalf of the Roman government.  As Jews, they would have been seen as traitors and sinners because they would use this ability to enrich themselves unethically through their position.  Zachaeaus being a chief among the publicans could mean either that he was in charge as a manager of several other tax collectors, or that he was good at his job and therefore very rich.  Either way, he would have been despised by other Jews.

2. He was rich.
Interestingly, I want you to think of the previous rich people in the book of Luke.  We heard the story of the rich man and Lazarus.  This rich man would have been seen as respectable by the religious elite but ended up in hell.  In chapter 18, we are told of a “certain ruler” who was “very rich” (18:23).  He came to Jesus asking what to do to inherit eternal life.  The man was very pious.  Jesus asked him what he had to do, and this man told him to keep the commandments.  The man said he had kept all the commandments, which of course he had not done, but thought that he did.

Notice what Jesus told him:

(22)  Now when Jesus heard these things, he said unto him, Yet lackest thou one thing: sell all that thou hast, and distribute unto the poor, and thou shalt have treasure in heaven: and come, follow me.

Jesus is not saying that the only way to be saved is to become poor.  What Jesus was saying is that this man was not guiltless.  This man would not acknowledge his own sinfulness.  This man was consumed with his stuff, and that was keeping Him from seeing his own sin, and his need for Jesus.  How do I know this? Look at verse 23:

He chose his stuff over Jesus.  Look at what Jesus commented:

This was difficult teaching for the disciples.  Remember they would have been exposed to the theology of the pharisees.  A pious, rich, good Jewish man was blessed by God.  Surely these kinds of people are in heaven.  Here was one who respected Jesus.  Surely this is the kind of that Jesus would want, and yet Jesus let him get away.  Why?  Because he would not follow Jesus because of His stuff. So, they asked the question:

(26)  And they that heard it said, Who then can be saved? (27)  And he said, The things which are impossible with men are possible with God.

And so here you have a different kind of rich man with Zacchaeus.  He was not pious.  He was not revered.  He was not “a good guy”.  But he was rich.  He was rich by ripping people off.  The disciples are learning about rich people from Jesus, and here is another interaction that is about to happen.

Of course, this is what makes him well known in our Sunday school classes.  Zacchaeus was a wee little man, and a wee little man was he!”  He must have been short for the passage to say this about him.

4. He was looking for Jesus.

Jesus was getting much attention at this point.  In chapter 17 he healed 10 lepers.  In Chapter 18 he heals a blind man.  We are told the reaction of the crowd in verse 43.

(43)  And immediately he received his sight, and followed him, glorifying God: and all the people, when they saw it, gave praise unto God.

And so, you have Zacchaeus, short, rich, sinful, and looking for Jesus, and not being able to see him “for the press” because he was so short.  He does a somewhat undignified thing and climbs the sycomore tree just to get a glimpse of Jesus.

There are times in a person’s life where God allows them to suffer the consequences of their sinfulness to the degree that they come to the end of themselves.  The emptiness of a sinful life can lead us to feel our need for God.  There are those around us who are empty and hurting.  There are those around us that need Jesus, and they do not always look like the down and out.  What keeps them from Jesus may be their riches or their addiction, but what is true is that their only hope is Jesus.

Is sin keeping you from Jesus?

Are you pointing people to Jesus?