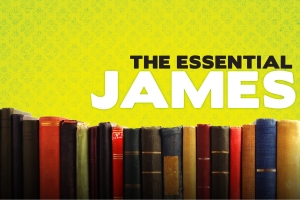 Let the brother of low degree rejoice in that he is exalted:  But the rich, in that he is made low: because as the flower of the grass he shall pass away.  For the sun is no sooner risen with a burning heat, but it withereth the grass, and the flower thereof falleth, and the grace of the fashion of it perisheth: so also shall the rich man fade away in his ways..-James 1:9-11

Poor Christians- “Called the brother of low degree”- James is telling them to rejoice because even though they are poor by this worlds standards, they are the children of God.  No matter how little they have, they can be rich in things that really matter!  They have been exalted!
Rich Christians- James tells them to rejoice “in that he is made low.”  Why have they been made low?  Well, the temptation for those of us who have a lot is to think that our riches make us smarter, better, and more deserving than everyone else.  But when we come to Christ, we realize that God doesn’t love us more than He loves those who don’t have anything.  In fact, we realize that our riches are going to go away.  What will remain is eternal things, so we that have more than we need should rejoice that God has given us this perspective!

Application:
What is your confidence in today?  Is it in what you have, or is it in whose you are?  Today thank God for saving you and making you one of His kids!