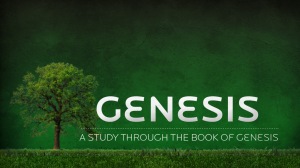 The Joy of a Promise Fulfilled (Grace)

Now to review, let’s look at the promise God made to Abraham in Genesis 12:1-4:

1Now the LORD had said unto Abram, Get thee out of thy country, and from thy kindred, and from thy father’s house, unto a land that I will shew thee:2and I will make of thee a great nation, and I will bless thee, and make thy name great; and thou shalt be a blessing:3and I will bless them that bless thee, and curse him that curseth thee: and in thee shall all families of the earth be blessed.4So Abram departed, as the LORD had spoken unto him; and Lot went with him: and Abram was seventy and five years old when he departed out of Haran. (Genesis 12:1-4)

Now, check out when the promise was fulfilled:

Genesis 21:1-7
1And the LORD visited Sarah as he had said, and the LORD did unto Sarah as he had spoken.2For Sarah conceived, and bare Abraham a son in his old age, at the set time of which God had spoken to him.3And Abraham called the name of his son that was born unto him, whom Sarah bare to him, Isaac.  4 And Abraham circumcised his son Isaac being eight days old, as God had commanded him.5And Abraham was an hundred years old, when his son Isaac was born unto him.

8 And the child grew, and was weaned: and Abraham made a great feast the same day that Isaac was weaned.9 And Sarah saw the son of Hagar the Egyptian, which she had born unto Abraham, mocking.10 Wherefore she said unto Abraham, Cast out this bondwoman and her son: for the son of this bondwoman shall not be heir with my son, even with Isaac.11 And the thing was very grievous in Abraham’s sight because of his son.

12 And God said unto Abraham, Let it not be grievous in thy sight because of the lad, and because of thy bondwoman; in all that Sarah hath said unto thee, hearken unto her voice; for in Isaac shall thy seed be called.13 And also of the son of the bondwoman will I make a nation, because he is thy seed.

14 And Abraham rose up early in the morning, and took bread, and a bottle of water, and gave it unto Hagar, putting it on her shoulder, and the child, and sent her away: and she departed, and wandered in the wilderness of Beer-sheba.15 And the water was spent in the bottle, and she cast the child under one of the shrubs.16 And she went, and sat her down over against him a good way off, as it were a bowshot: for she said, Let me not see the death of the child. And she sat over against him, and lift up her voice, and wept.17 And God heard the voice of the lad; and the angel of God called to Hagar out of heaven, and said unto her, What aileth thee, Hagar? fear not; for God hath heard the voice of the lad where he is.18 Arise, lift up the lad, and hold him in thine hand; for I will make him a great nation.19 And God opened her eyes, and she saw a well of water; and she went, and filled the bottle with water, and gave the lad drink.20And God was with the lad; and he grew, and dwelt in the wilderness, and became an archer.21 And he dwelt in the wilderness of Paran: and his mother took him a wife out of the land of Egypt. (Genesis 21:1-21)

21Tell me, ye that desire to be under the law, do ye not hear the law?

22 For it is written, that Abraham had two sons, the one by a bondmaid, the other by a freewoman.23But he who was of the bondwoman was born after the flesh; but he of the freewoman was by promise.24Which things are an allegory: for these are the two covenants; the one from the mount Sinai, which gendereth to bondage, which is Agar.25 For this Agar is mount Sinai in Arabia, and answereth to Jerusalem which now is, and is in bondage with her children.26 But Jerusalem which is above is free, which is the mother of us all.27 For it is written,
Rejoice, thou barren that bearest not;
Break forth and cry, thou that travailest not:
For the desolate hath many more children than she which hath an husband.
28Now we, brethren, as Isaac was, are the children of promise.29But as then he that was born after the flesh persecuted him that was born after the Spirit, even so it is now.30 Nevertheless what saith the scripture? Cast out the bondwoman and her son: for the son of the bondwoman shall not be heir with the son of the freewoman.31 So then, brethren, we are not children of the bondwoman, but of the free. (Galatians 4:1-31)

Now- Go back to Genesis 21 and let’s look at what the scripture says:
Genesis 21:6

6And Sarah said, God hath made me to laugh, so that all that hear will laugh with me.7 And she said, Who would have said unto Abraham, that Sarah should have given children suck? for I have born him a son in his old age.

Have you ever made a promise that you had a hard time keeping?  I heard a story about a dad who was training his son to give him the business he started.  “Son, 2 things have made this business successful- reliability and wisdom.  If you say you’re going to do it by next Tuesday then no matter how many hours, how much pain, and how difficult it is, you have to have it done by Tuesday.”  The son replied, “Well, that’s reliability.  What about wisdom?”  The dad replied, “Wisdom is not making that kind of promise in the first place.”

It is difficult for us to keep our promises at times, but we expect that when promises are made to us they will be kept!

In today’s reading, Galatians 3:15-18,  Paul talks about the promises that God made to Abraham.

15 Brethren, I speak after the manner of men; Though it be but a man’s covenant, yet if it be confirmed, no man disannulleth, or addeth thereto.

16 Now to Abraham and his seed were the promises made. He saith not, And to seeds, as of many; but as of one, And to thy seed, which is Christ.  17 And this I say, that the covenant, that was confirmed before of God in Christ, the law, which was four hundred and thirty years after, cannot disannul, that it should make the promise of none effect. 18 For if the inheritance be of the law, it is no more of promise: but God gave it to Abraham by promise. 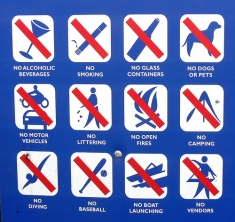 Have you ever noticed how impossible it is to keep all the rules?  I sure have.  If the only rules that existed had to do with just how we use our words then I would be in TROUBLE!  If we only had one rule we would break it.  Just ask Adam and Eve.
With that being said, so many people are trying to get right with God by keeping rules.  They think if I keep enough rules and don’t break too many others then maybe God will accept me.
Paul had something to say about this way of thinking in our reading in Galatians 3:10-14-

10 For as many as are of the works of the law are under the curse: for it is written, Cursed is every one that continueth not in all things which are written in the book of the law to do them.

11 But that no man is justified by the law in the sight of God, it is evident: for, The just shall live by faith. 12 And the law is not of faith: but, The man that doeth them shall live in them.

13 Christ hath redeemed us from the curse of the law, being made a curse for us: for it is written, Cursed is every one that hangeth on a tree: 14 That the blessing of Abraham might come on the Gentiles through Jesus Christ; that we might receive the promise of the Spirit through faith.

Say it in a sentence: Jesus kept the law on our behalf and took the curse of breaking the law for us so that we can live under God’s grace through faith.
Action Points:

If you didn’t grow up in church or have never worked in Children’s ministry in the last 50 years or so, then you won’t get what I’m about to ask. Have you ever wondered why Father Abraham had many sons, why many sons had Father Abraham? Have you ever wondered why you are one of them, and so am I? Oh well, Let’s just praise the Lord. Seriously though, does the Bible say that you and I are Abraham’s children? I’m not Jewish. How can that be? Check out today’s verses…

Even as Abraham believed God, and it was accounted to him for righteousness. (7) Know ye therefore that they which are of faith, the same are the children of Abraham. (8) And the scripture, foreseeing that God would justify the heathen through faith, preached before the gospel unto Abraham, saying, In thee shall all nations be blessed. (9) So then they which be of faith are blessed with faithful Abraham.

In verses 1-5 Paul appeals to the Galatians experience to help them understand that they are not made right with God by works but by faith. In today’s verses Paul appeals to scripture. The Legalists that were misleading the Galatians were misinterpreting the old testament using Abraham as an example. So Paul goes right to the Old Testament and talks about Abraham. He quotes Genesis 15:6, where Moses said that Abraham believed God, and it was accounted to him for righteousness. The word translated “accounted” means to put into ones account, to impute. The idea is that it wasn’t Abraham’s works that made his account with God balance. It was Abraham’s faith in God that God noticed and to which God responded. Paul goes on to say that in God’s way of thinking it is not being in the lineage of Abraham physically that matters to God. When someone gets right with God the way that Abraham did, by faith, they are blessed in Abraham.